This product ships free to the USA!

Get the hottest 3d printing gift this holiday season, for yourself or your kids. Introducing the world's first cool ink 3D printing pen, CreoPop! This pen is unlike any other on the market: it uses cool inks, which are photopolymers that crystallize when exposed to the LED lights that are built right into the pen. That's right - no more scalding hot plastic, searing metal nozzles, or oozing messes. Simply load your ink, press power, and set your imagination free!

We know what you're thinking: "Another 3D Pen? Aren't there already a ton of those?" Au contraire, CreoPop is the world's first cool ink 3D printing pen. Utilizing stereolithography technology, it uses an ink cartridge filled with photopolymers, which are susceptible to light. The ink hardens when exposed to the three built-in LED lights, a process akin to SLA printers like the Form 2, which use light to actively harden a liquid resin. 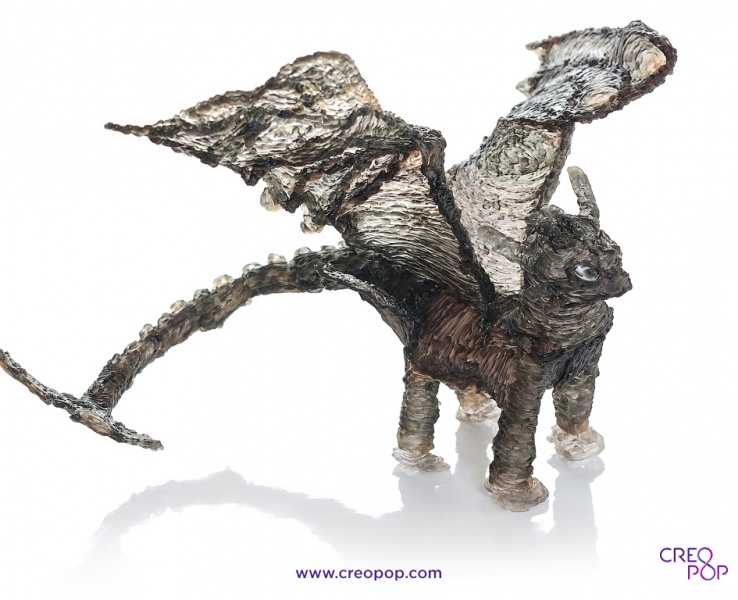 The ingenious use of LED lights means that there is no heat involved when using CreoPop - it is super safe for innovators of almost any age, and you don't need to worry about hot nozzles, blistering plastic, and most importantly, burning your precious skin. Finally, a 3d printing toy that is safe for kids to use!

You can take your CreoPop with you anywhere thanks to the mini USB cord and lithium ion battery. That's right, just plug into you computer or wall outlet USB, charge your CreoPop, and you are good to go - the battery lets you print for hours without having to recharge! 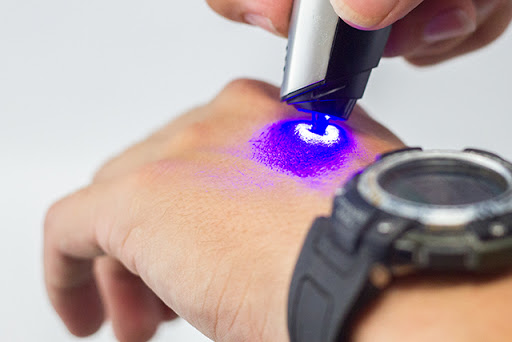 Don't limit yourself to just colors - check out the Aromatic ink or the super cool Glow in the Dark ink! 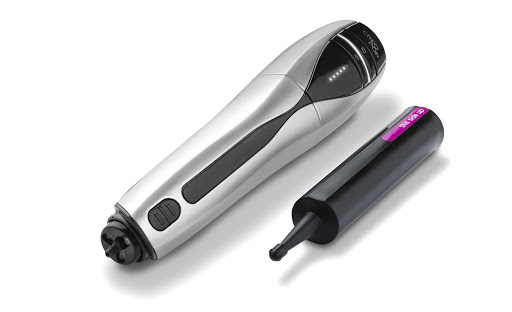 Also found in these categories:

Printer Playground is an online retailer focused on one thing — bringing you the finest 3D printers, materials and accessories available.

We specialize in top-quality PLA, ABS, specialty filament and resin for your 3D printer. Whether it's colored, flexible, metal or wood filament, we've got you covered. We want to see what you can create, so stretch your imagination & CREATE SOMETHING AMAZING™!

Our website uses cookies to make your browsing experience better. By using our site you agree to our use of cookies. Learn More I Agree
× What Are Cookies As is common practice with almost all professional websites this site uses cookies, which are tiny files that are downloaded to your computer, to improve your experience. This page describes what information they gather, how we use it and why we sometimes need to store these cookies. We will also share how you can prevent these cookies from being stored however this may downgrade or 'break' certain elements of the sites functionality. For more general information on cookies see the Wikipedia article on HTTP Cookies. How We Use Cookies We use cookies for a variety of reasons detailed below. Unfortunately in most cases there are no industry standard options for disabling cookies without completely disabling the functionality and features they add to this site. It is recommended that you leave on all cookies if you are not sure whether you need them or not in case they are used to provide a service that you use. Disabling Cookies You can prevent the setting of cookies by adjusting the settings on your browser (see your browser Help for how to do this). Be aware that disabling cookies will affect the functionality of this and many other websites that you visit. Disabling cookies will usually result in also disabling certain functionality and features of the this site. Therefore it is recommended that you do not disable cookies. The Cookies We Set
Account related cookies If you create an account with us then we will use cookies for the management of the signup process and general administration. These cookies will usually be deleted when you log out however in some cases they may remain afterwards to remember your site preferences when logged out. Login related cookies We use cookies when you are logged in so that we can remember this fact. This prevents you from having to log in every single time you visit a new page. These cookies are typically removed or cleared when you log out to ensure that you can only access restricted features and areas when logged in. Form related cookies When you submit data to through a form such as those found on contact pages or comment forms cookies may be set to remember your user details for future correspondence. Site preference cookies In order to provide you with a great experience on this site we provide the functionality to set your preferences for how this site runs when you use it. In order to remember your preferences we need to set cookies so that this information can be called whenever you interact with a page is affected by your preferences.
Third Party Cookies In some special cases we also use cookies provided by trusted third parties. The following section details which third party cookies you might encounter through this site.
This site uses Google Analytics which is one of the most widespread and trusted analytics solution on the web for helping us to understand how you use the site and ways that we can improve your experience. These cookies may track things such as how long you spend on the site and the pages that you visit so we can continue to produce engaging content. For more information on Google Analytics cookies, see the official Google Analytics page. We also use social media buttons and/or plugins on this site that allow you to connect with social network in various ways. For these to work, the social networks may set cookies through our site which may be used to enhance your profile on their site, or contribute to other purposes outlined in their respective privacy policies.